Where to Celebrate in Ann Arbor 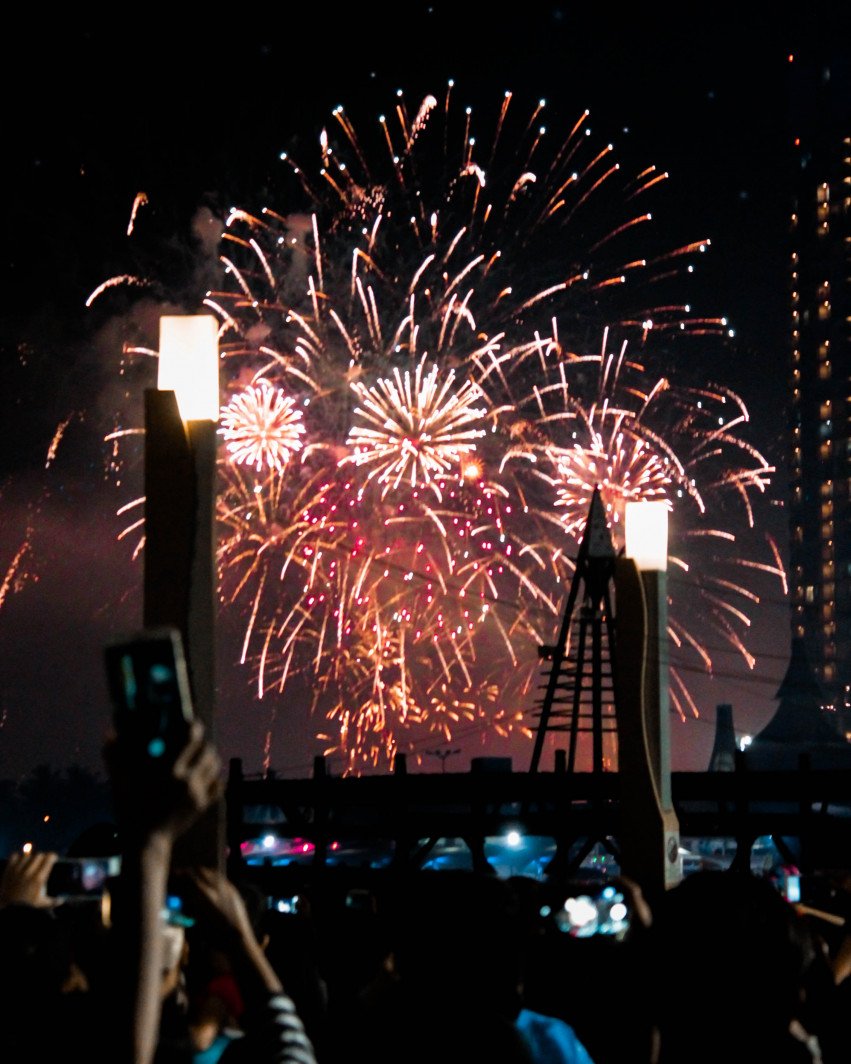 Fireworks begin at dusk. This event is free but donations are accepted.

Fireworks will begin at dusk. Food vendors and concessions will be available. 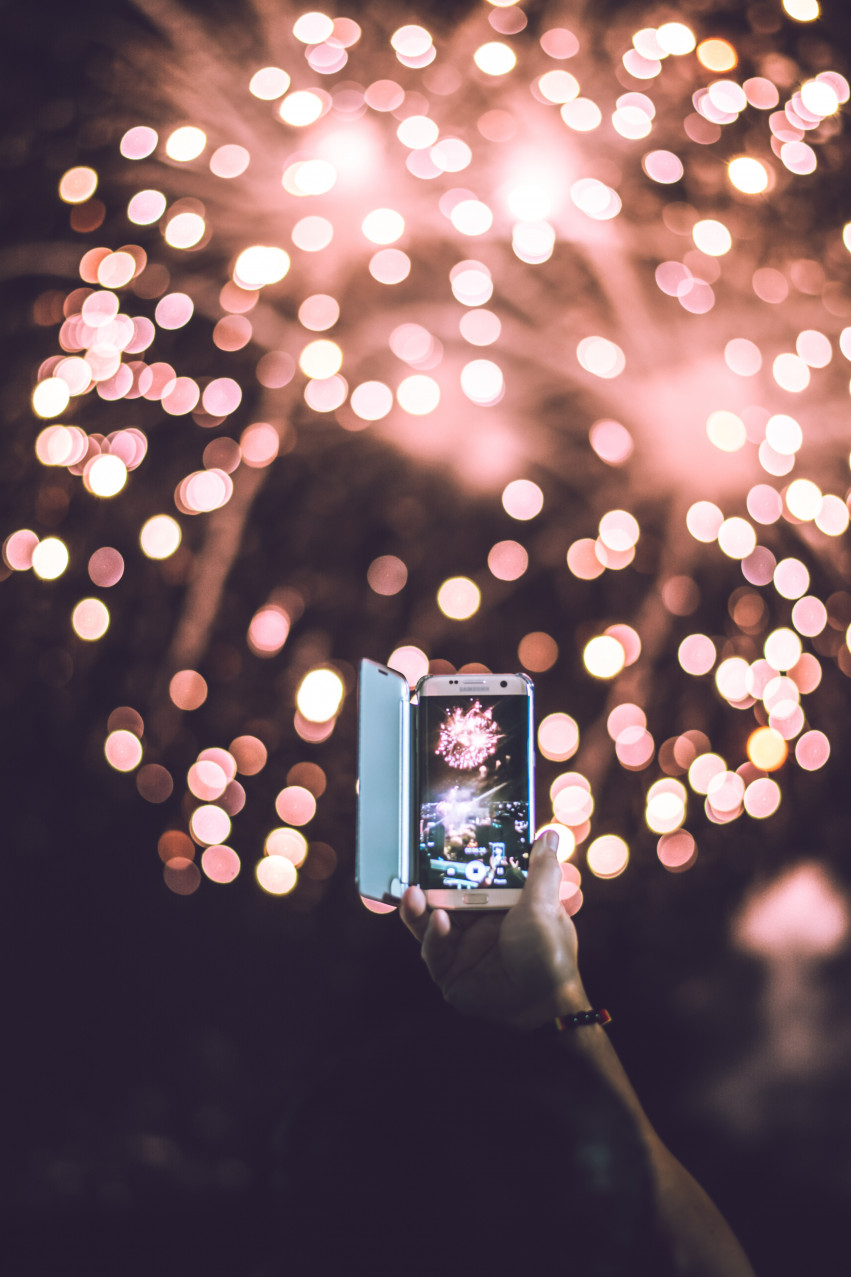 This event is free but donations are accepted.

Fireworks will begin at dusk. Food vendors and concessions will be available. 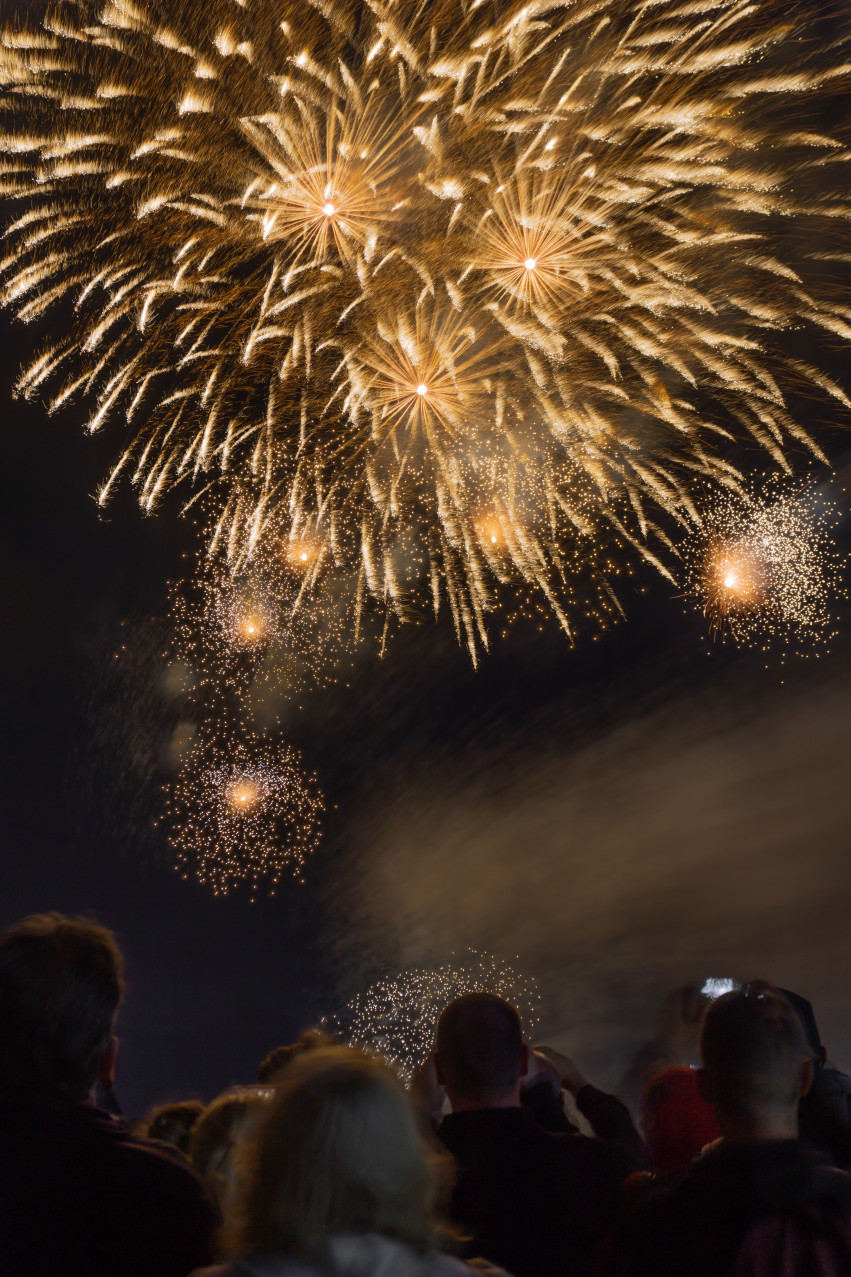 The Ann Arbor Jaycees Fourth of July Parade is 10 a.m. Thursday, July 4, in the Main Street area of downtown.

The parade begins on State Street and proceeds north to Washington Street. It then heads west to Main Street and E. Liberty Street, concluding on Maynard Street.

The Ypsilanti Fourth of July Parade, which is celebrating its 90th year, will feature more than 50 participants.

It begins at 11 a.m. on Thursday, July 4, on the corner of Oakwood and West Cross streets. The parade will travel down West Cross Street and conclude on Rice Street in Ypsilanti’s Depot Town.

Get a work out in by running the Ann Arbor Firecracker 5K and Mile Fun Run on Thursday, July 4. The 5K run begins at 9:15 a.m. the intersection of Fourth and Liberty Streets and will go through downtown.

A non-competitive one-mile race will take place at 9:15 a.m. and a Kids' 100-meter Dash will begin at 9 a.m. The dash is open to kids aged 8 and younger and will take place on Liberty Street.

The Faith Baptist Church of Chelsea, 4030 Kalmbach Road, hosts its annual fireworks show at dusk on Thursday, July 4, at the church, 4030

Before the fireworks, several Heads Up cars will be at the dragway, including Run What Ya Brung, All Motor, Drag Radial, 10.5 Outlaw, Motor City Muscle, Open Comp, and Outlaw 632. 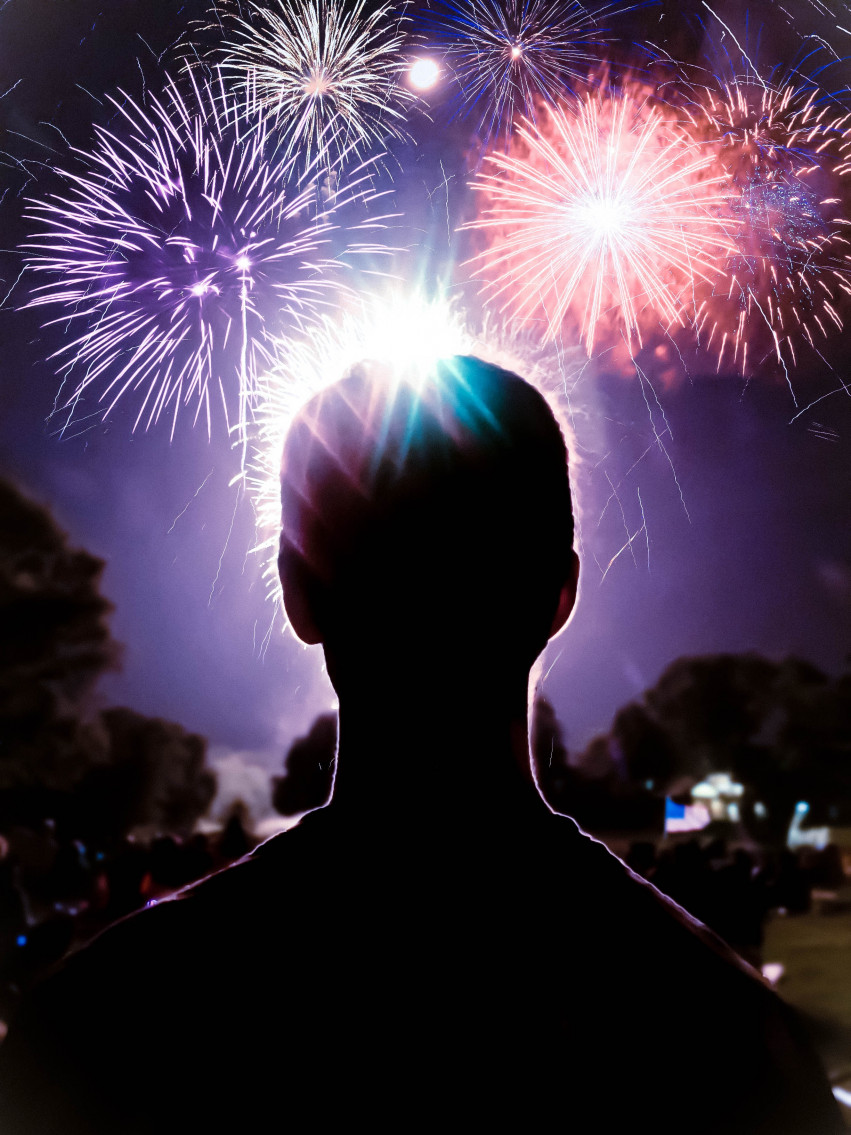 Fireworks will be shot over Whitmore Lake at 10 p.m. on Saturday, July 6.

Parking and a viewing area is available at the North Village Community Park next to the Whitmore Lake Post Office, 9725 Main St. where there will be a DJ, games, and activities.

Fireworks over Portage Lake will take place at 9 p.m. on Saturday, July 6, in Dexter Township. 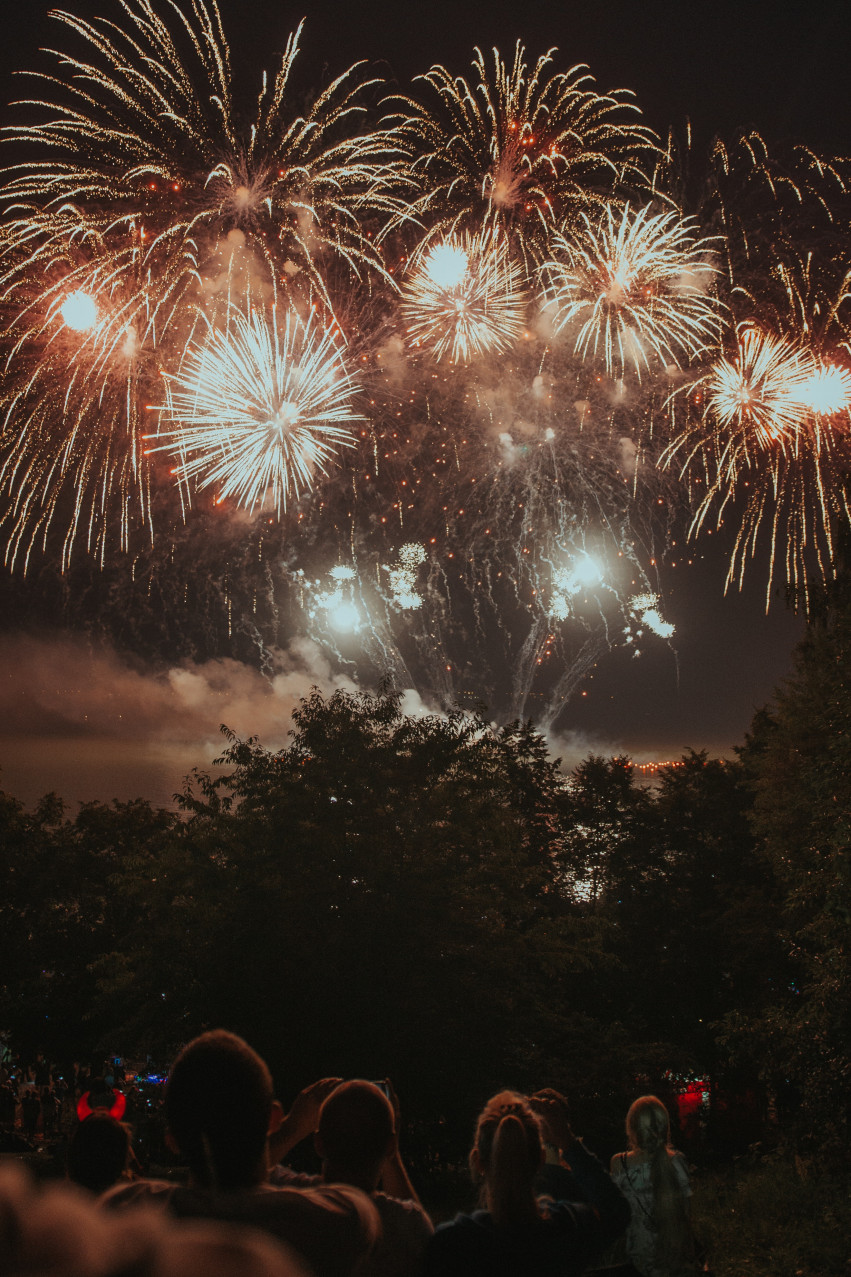 There’s no shortage of fun activities to do on July 4th. From neighborhood parades to backyard cookouts with friends and family, Independence Day gives us more fun options than there are hours in the day. For those of us who want to celebrate the holiday with a bang, there’s no bigger bang than a firework show that goes all-out. We’ve rounded up some of the most jaw-dropping displays across the country that will blow you away.

Now in its 43rd year, the nation’s largest fireworks display lights up the night over the East River. This year, fireworks will go off from and near the iconic Brooklyn Bridge while paying homage to the theme of “American cinema.” You can expect to see tributes to the Wizard of Oz, Star Wars, Superman and E.T. through a very dramatic score. In the area? There’s no better vantage point than on the water via the Circle Line, Seastreak, or Spirit cruises.

Philadelphia lives up to its status as "America's Birthplace" by starting the celebration days ahead of July 4th! There are two firework shows before the big one on Independence Day itself. On the 4th, the city shuts down the Benjamin Franklin Parkway leading up to the Philadelphia Art Museum (where the fireworks will go off overhead) for the biggest “block party” you’ll enjoy. In the hours before the fireworks, you’ll also get to enjoy a concert featuring Jennifer Hudson and Meghan Trainor.

Our nation’s capital goes big with a fireworks display illuminating the many significant historical monuments and memorials in the area. Viewing areas include the Lincoln and Thomas Jefferson Memorials, among others. The best spot may be the West Lawn of the U.S. Capitol, especially if you arrive early to enjoy the live concert, A Capitol Fourth, put on by PBS. This year includes a salute to the 50th anniversary of Sesame Street and a performance of the 1812 Overture by the National Symphony Orchestra.

The nation’s oldest public Fourth of July celebration scores a 20-minute long fireworks display with music by the Boston Pops (this year, they’ll host special guest Queen Latifah). As with other shows, arriving early for a good spot will reward you with even more entertainment — like a 50th anniversary tribute to Woodstock by Arlo Guthrie.

The Flaming Lips, Keith Sweat and Brett Young lead the entertainment at “America’s Biggest Birthday Party,” which takes place at the famous Arch. The fireworks show takes place nightly from July 4-6. Over the course of those three days, 15,000 pounds of fireworks will certainly let freedom ring.

6. New Orleans, Louisiana: Go Forth on the River

There’s nothing quite like New Orleans’ annual Fourth of July fireworks display. Where else can you see two displays going off at once from dueling barges on the Mississippi River? You can see this show from really any part of town, but the closer you get to the river, the better! For an extra-special night, make a reservation to watch from the New Orleans riverboats: the Creole Queen and the Steamboat Natchez.

Located just outside of Dallas, Addison’s annual fireworks display routinely tops “best of” lists (including accolades from the American Pyrotechnics Association). While most fireworks shows go for 20 minutes, Addison's is one of the longest in the nation at 30! If you go, you’re in good company — the town of Addison’s population increases from around 16,000 to 500,000. Just make sure to arrive on the right day: The fireworks go off on the 3rd, not the 4th.

One of Southern California’s largest fireworks display takes place at the Rose Bowl Stadium, where there’s plenty of seating to take in the spectacular scene. If you plan on getting there early — say, 2 pm — you can keep your little ones occupied at the Family Fun Zone held on-site.

The Strip is a sight to see on Independence Day, and it’s not just because of the neon signs and fanciful casino light shows. From Mandalay Bay to Caesar’s, multiple casinos compete with shows and displays. It's up to you to decide which you like best!

If the name of this annual fireworks show rings a bell (and you’re not a local), it might be because of the famous 2012 viral video where all the fireworks in the 18-minute-long display went off in about 12 seconds. It hasn’t happened since, but the spectacle is no less spectacular in comparison.