April 1, 2007. I remember it well. My partner and I where out for an anniversary stroll through Downtown Ann Arbor. It was a sunny and reasonably warm day for April. We didn't have a particular destination in mind, letting our feet carry us where they would go. Rather suddenly, a cacophony of sounds came up from behind us: drums, shouting, laughter. The next thing we knew, we were overcome by the first ever Festi Fools parade: giant paper mache puppets, people walking on stilts, drummers playing 5 gallon buckets, a brass band. Crazy stuff! Someone handed me a colorful piece of fabric so I tied it around my head, hippie style, and we joined the parade. We laughed and danced in the street for an hour, not knowing that this was the start of something bigger. It was exciting and spontaneous (at least for us) and I wanted to be a part of it again. I joined the Board of Festi Fools!

After a few years of wildly successful parades, the event grew into an entire weekend of silliness and Fool Moon was hatched.

I have included just a sampling of some of the images captured from the event. This weekend has come to be one of my favorites all year. To me, it captures the essence of Ann Arbor. We don't take ourselves too seriously, despite the high percentage of the population with PhD's. We embrace creativity and public art. We drink Michigan craft beer and dance in the street. 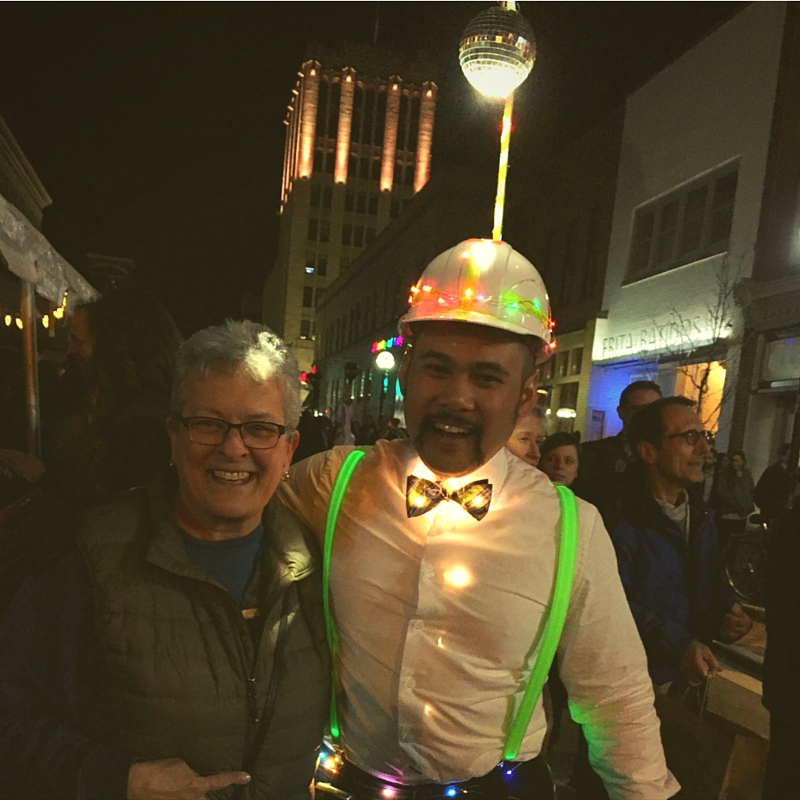 I think of Fool Moon as a delightful street party showcasing the best of Ann Arbor. Folks dress up like my new friend, the Disco Man. 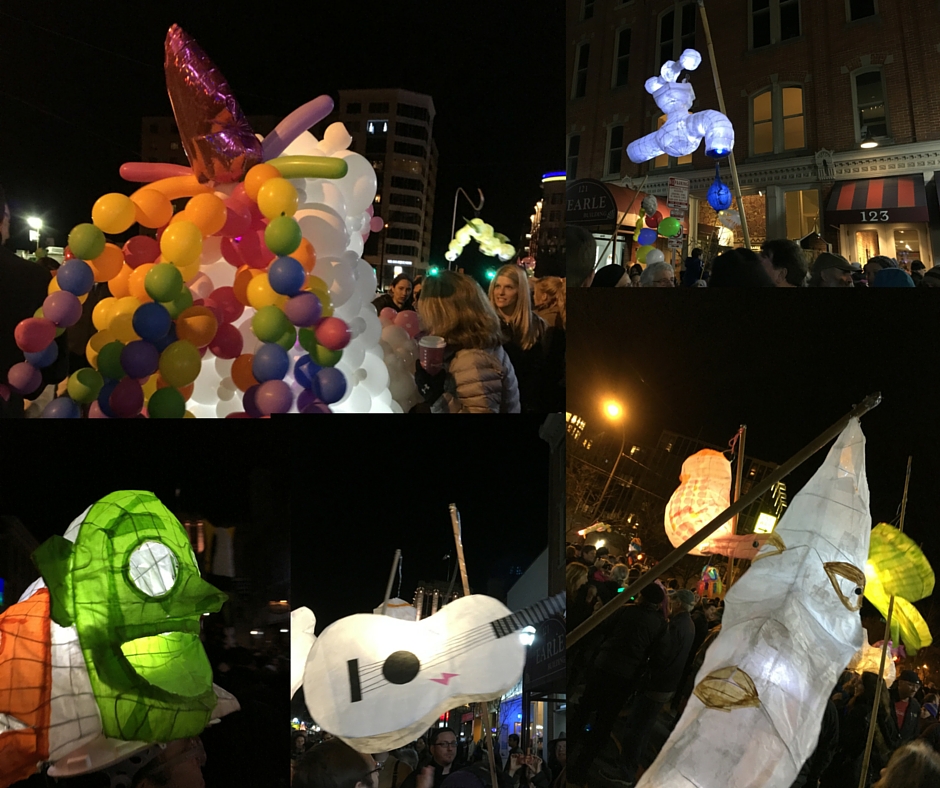 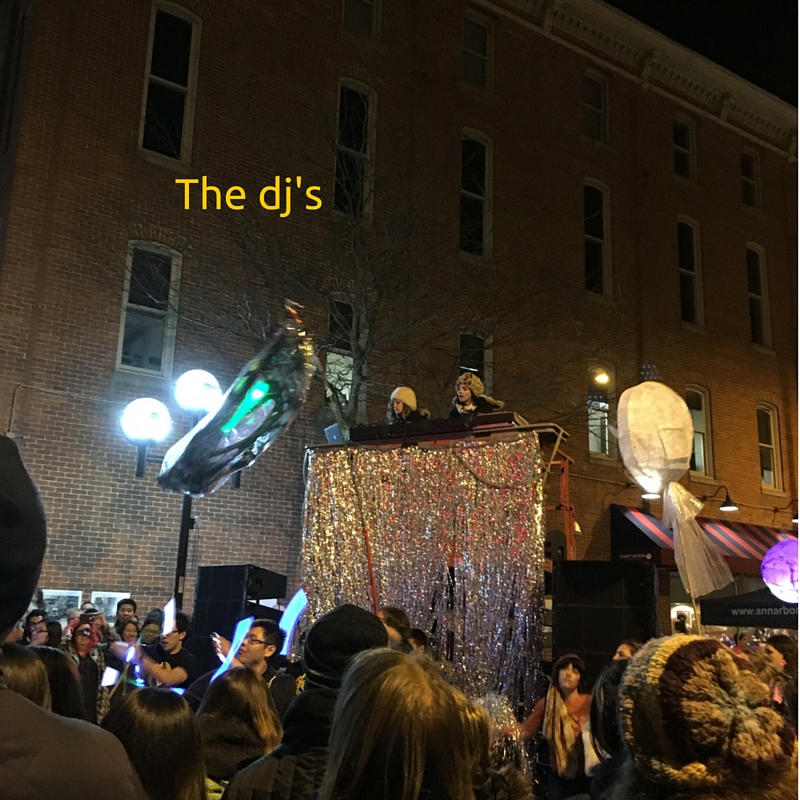 ... and dance in the street to the sounds of a dj. 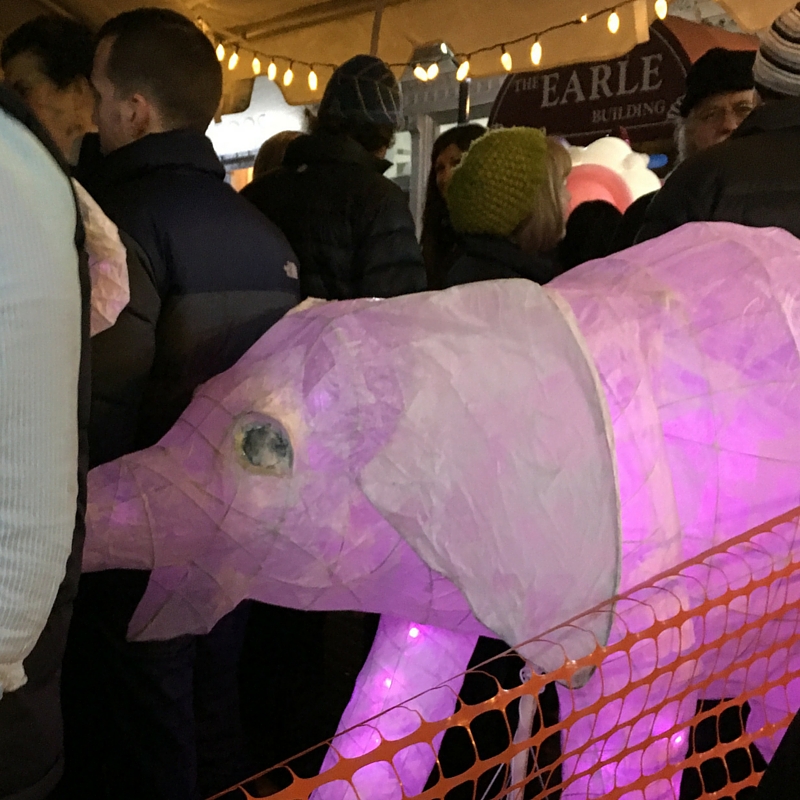 There is even a beer tent complete with a pink elephant! 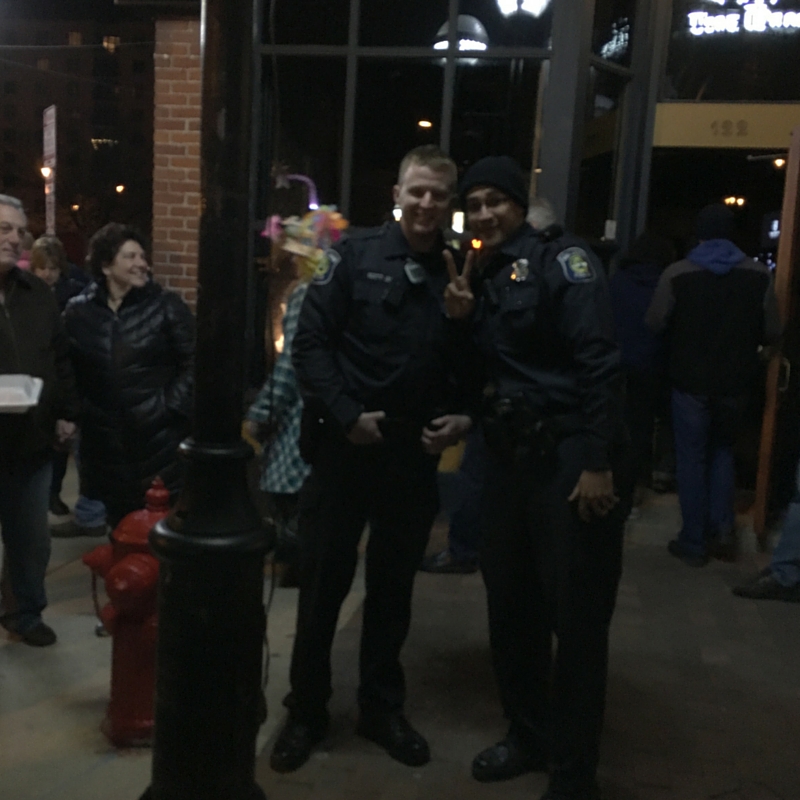 Just in case you may think that the whole town is out of control, here are two of Ann Arbor's finest - keeping it safe!

Catch me selling T shirts for the cause! 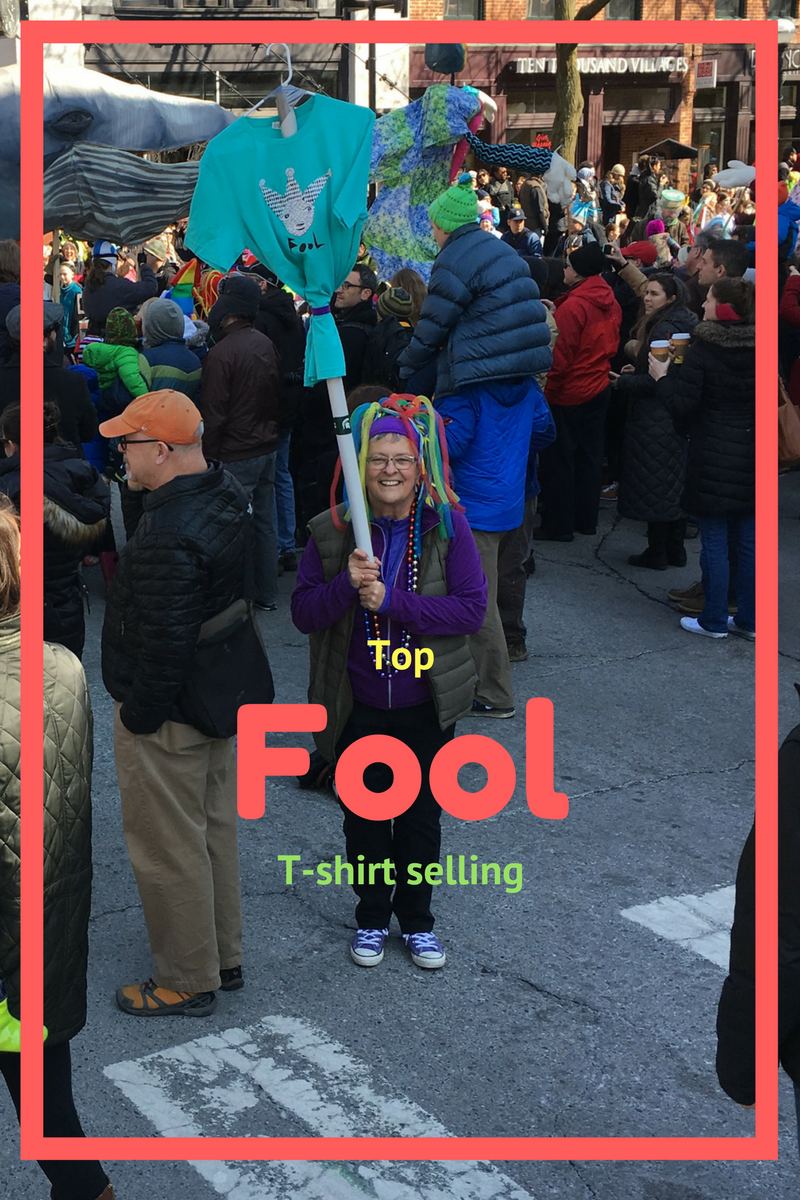