A2 Cool: The Fleetwood Diner

The Fleetwood: Sooo A2...and a little Lansing, too.

It's 3 a.m. You're up, unfortunately. Or you've partied, studied or worked yourself into a grumbly tummy. Only one place to go in Ann Arbor: The Fleetwood. 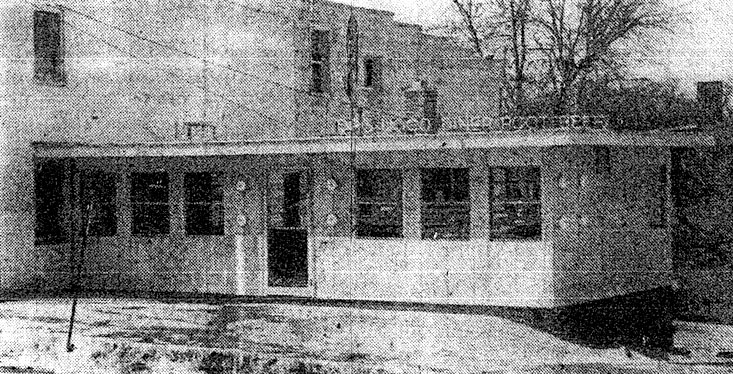 This 24-hour diner is an Ann Arbor institution, one of our quirkiest—it's a dining car, basically a trailer. And it's been serving insomniacs, students and townies since 1949. Nineteen forty-nine! The photo here was taken five days before its opening.

It wasn't always an all-nighter place, but now it's part of its essential "late-night grub" charm. I use charm with a thick spread of irony. The Fleetwood had a longstanding rep as a tough joint. Back in the '70s, the cooks yelled at us, the waitress plunked down my plate of Hippie Hash with a loud thump, and glares were frequent. It's much more welcoming these days, though it could be because I have short gray hair now instead of down-to-my-waist hippie hair. High schoolers, my son says, still get the fake-frown treatment.

Hippie Hash used to be just for hippies

Speaking of Hippie Hash, it's the Fleetwood's best known dish, created when hippies were Ann Arbor's most famous residents. The dish even has its own tagline on the website, "Home of the Hippie Hash," which is topped off with "the hippest little diners in the hippest Midwest towns."

Yes, it says "diners." There's another Fleetwood...in Lansing, not too far from that other Big 10 School. This is fortunate for us Trilliumites, though, since one co-founder graduated from Michigan State and the other from U-M.

There was yet another Fleetwood at Michigan Avenue and Carpenter Road for a short while, just a jaunt from my house, but it sadly closed down too soon.

Fun and funny facts about the Fleetwood:

The Fleetwood is regularly voted Washtenaw County's best diner, an honor it holds in 2016 from Current magazine's readers, as well as the best place for late-night grub.

Ask away. Schedule a one-on-one chat with us.